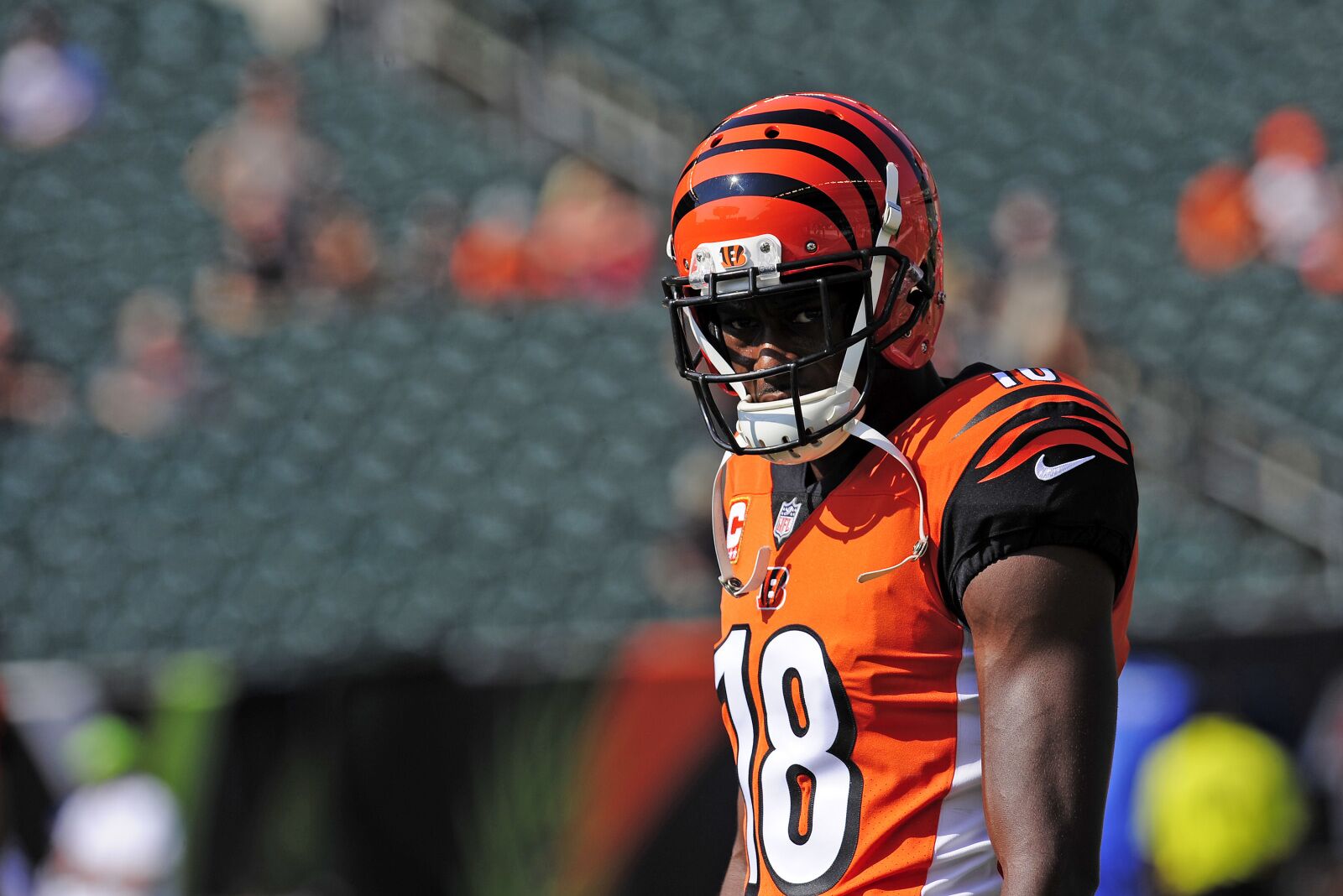 NFL Week 6 will feature several high-profile contests, so take a look at the broadcast maps for Sunday’s games to see the best games that will be televised in your area.

It’s hard not to feel like the NBC Sunday Night Football tilt between the Kansas City Chiefs and New England Patriots is clearly the “Game of the Week” for NFL Week 6. Tom Brady and the Pats are cooking with back-to-back wins over the Miami Dolphins and Indianapolis Colts. Sony Michel looks like the real deal at running back, while Josh Gordon Moss’d the competition in Week 5 with his first touchdown reception in a Pats uni.

Meanwhile, the Chiefs are one of the NFL’s only two undefeated teams left, and they are bulldozing opponents on the strength of Patrick Mahomes’s golden arm. The MVP favorite sliced and diced the Denver Broncos in a heroic Week 4 performance, and he and the Chiefs absolutely embarrassed the Jacksonville Jaguars, who defeated the Patriots earlier this year, in Week 5.

Another prime-time game to watch for is Thursday Night Football on FOX and the NFL Network. The Philadelphia Eagles will hope that they can overcome Jay Ajayi’s injury to defeat the New York Giants, who are finally showing signs of life on offense with Saquon Barkley and Odell Beckham Jr. racking up the yards (and even hooking up for a WR-RB touchdown pass).

The Monday Night Football battle on ESPN between the Green Bay Packers and San Francisco 49ers will close the week, though I’d bet on this game being flexed. Matt Breida probably won’t play in Week 6, so Aaron Rodgers vs. C.J. Beathard hardly sounds like compelling television.

Sunday’s games, however, will be compelling, so check out the broadcast maps below for all of the available games on CBS and FOX, courtesy of 506sports.com. Washington vs. Carolina will get the most airtime around the nation, but I’m not sure anybody wants to watch Alex Smith after his abysmal MNF display against the normally burnable New Orleans Saints defense. The London game between Seattle and Oakland looks compelling if the Raiders can turn it around, but that involves actually throwing the ball to Amari Cooper and playing defense. With Tyler Lockett blowing up and the Seahawks finally moving the ball on the ground, Oakland could be headed for another big loss.

The Los Angeles Rams join the Chiefs as the only undefeated teams in the NFL heading into Week 6, and Jared Goff is almost as viable of an MVP candidate as Mahomes. If the Denver Broncos defense doesn’t step up, this could be a long day for them

It’s a shame Atlanta vs. Tampa Bay isn’t getting more play around the nation, because a shootout between these two offenses should be electric. Jameis Winston has quite the group of pass-catchers to match Matt Ryan, whose team is in need of a bounce-back. The Bengals vs. Steelers game should be fantastic, especially if Pittsburgh’s offense is as good as it was last week against Atlanta. James Conner looks like the real deal as a rusher and receiver, Antonio Brown is back on track, and JuJu Smith-Schuster is legit. Cincinnati’s offense has been even better this year, so this should be another great chapter in this rivalry.

With Baker Mayfield at quarterback and nothing but one-score football games this season, the Cleveland Browns have honestly become must-see TV this year. A game against Melvin Gordon and the dangerous Los Angeles Chargers will be a big test for Hue Jackson’s up-and-down squad. Taylor Lewan and the Tennessee Titans probably feel disrespected by this map, but not many fans would prefer to see that match over the Dallas Cowboys vs. Jacksonville Jaguars. Honestly, it has nothing to do with the Cowboys brand value either, because the Jaguars have become one of the most exciting teams to watch in this league. Not only do they have a great defense, but it’s truly an adventure to see whether or not “good” or “bad” Blake Bortles shows up.

If the same Bortles who torched the New England Patriots faces Dallas, this could be a long day, even accounting for Dallas’s improved defense, buoyed by an All-Pro season from Byron Jones. But if Bortles throws more interceptions, then the Cowboys could hang in there, especially if Dak Prescott can hit up Geoff Swaim, find open receivers against a tough Jags defense, and lean on Ezekiel Elliott’s legs. With Tony Romo on the call, this should be a great evening of football.

Next: Ranking The Top 30 Quarterbacks In NFL History

Ravens vs. Titans has less “bust” potential, and Marcus Mariota has been involved in some crazy games in his career. His late-game heroics are worth praising, and they might be needed against a Baltimore team that will be out to prove their win over the Steelers defines them better than their ugly, overtime loss to Cleveland.