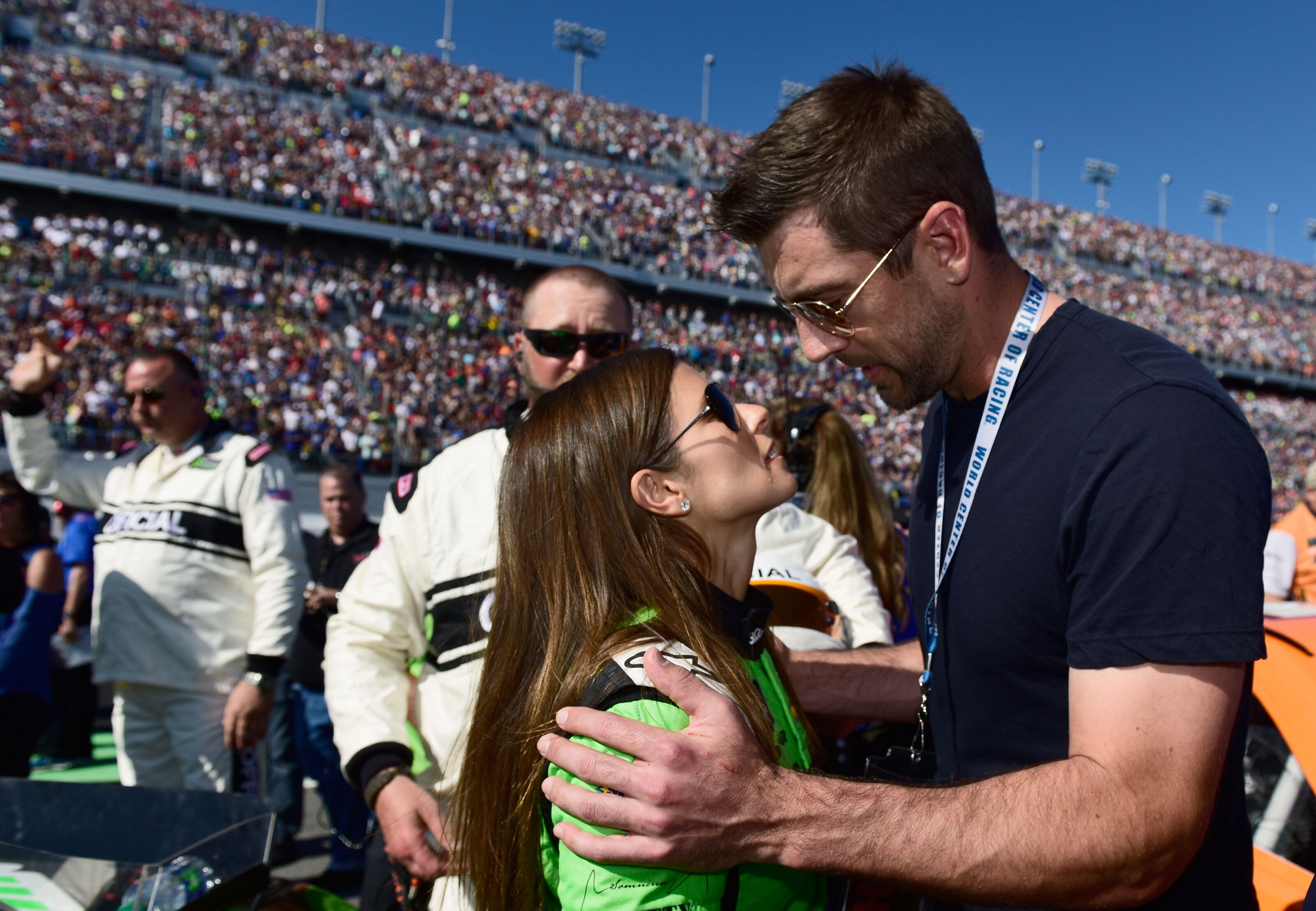 The Green Bay Packers’ Aaron Rodgers and his mustache lend Danica Patrick a hand in her mockumentary debut.

The relationship between Aaron Rodgers and Danica Patrick is the worst-kept secret in sports. No, seriously. Danica has openly talked about how they are dating and they made their red carpet debut at the ESPYs on Wednesday.

As the host of the ESPYs, many things are required of Patrick. She has to give an opening monologue where she’s at the mercy of her joke writers. There are no less than seven wardrobe changes throughout the night. And she has to remember the names of everyone she’s introducing without the use of a teleprompter. That last one might not be true.

Finally, Patrick has to film skits that will air during the telecast. While the former NASCAR driver is a professional athlete and not a trained actress, she does have commercial experience. Her involvement in pitching cheap websites paid off in this mockumentary, a spoof of I, Tonya. Oh yeah, she gets a little help from her boyfriend.

While her monologue may have been more miss than hit, this was a nice rebound performance by Patrick. She played herself and her mother, who ended up being the star of the clip. Danica’s mom notes her career went south when, “She met that boy.” She also used some coarse language when describing her daughter’s man.

Cue Rodgers showing up in a mustache. The mustache in place of the full beard is a good look for Rodgers. Patrick agrees. As if the Packers quarterback wasn’t sexy enough.

The director of the clip also got Paul Walter Hauser, who played a starring role in I, Tonya to play the vigilante in Me, Danica.

Look out Ariana Grande and Pete Davidson; Danica and Aaron are ESPY-official and coming for your US Weekly headlines.